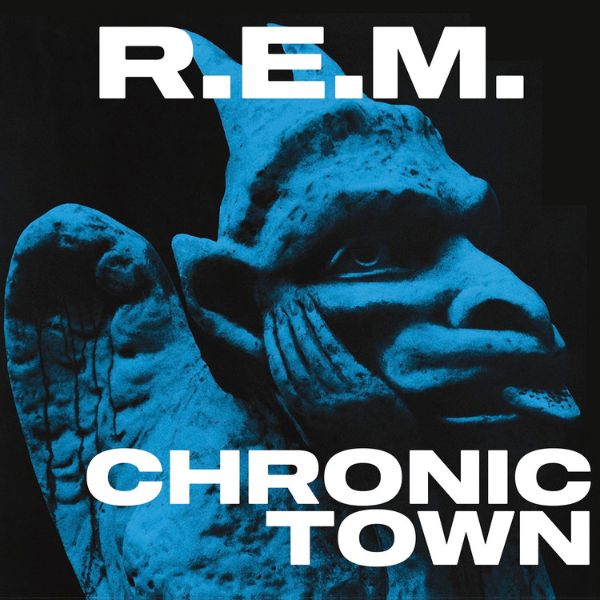 THE VINYL DISTRICT: Graded on a Curve: R.E.M., “Chronic Town”

GRADED ON A CURVE: A

It was nearly four decades ago to the day that R.E.M. released their debut EP “Chronic Town,” a crucial step in the evolution of the biggest act the US college rock era ever produced. It is a trim five-song effort bursting with energy and the jangle that would soon come to define the band’s ’80s work, and for a long stretch of time was the stereotypical sound of the Athens scene. And yet, the EP never saw a standalone release on compact disc, that is, until this August 19, when I.R.S./UMe issues it on CD with notes from the recording’s producer Mitch Easter. The set is also available on picture disc vinyl and cassette.

To be clear, the songs that comprise “Chronic Town,” were added to the CD release of the 1987 B-sides comp Dead Letter Office, and they also received their own CD in the 1995 European box set The Originals alongside R.E.M.’s first LP, 1983’s Murmur, and its follow-up, 1984’s Reckoning. They’ve just never been on CD by their lonesome before, which is interesting, since the EP, in retrospect, isn’t a formative work. And unlike their debut single, “Radio Free Europe” b/w “Sitting Still,” released in 1981 on the Hib-Tone label, nothing on “Chronic Town” ended up in the sequence of Murmur.

Around the time of the EP’s release and for a while after, R.E.M. was considered by many to be something of a throwback (not a synth, keyboard, or programmed rhythm in their scheme). And the band did emerge in tried-and-true fashion, announcing their presence with that 45, then raising their profile through “Chronic Town,” and finally making an even bigger splash with Murmur, largely left of the dial but with some commercial rock radio infiltration.

Not only was “Chronic Town” not formative, there was also not a thing tentative about it, with opener “Wolves, Lower” bursting forth with an urgency that the band never managed on a subsequent release. It’s striking to read in Easter’s notes that the decision was made to return to the studio for another take of “Wolves, Lower,” as the initial recording (lost to time, apparently) was deemed to be too fast (notably, the single version of “Radio Free Europe” is a more energetic take than the one that opens Murmur).

If R.E.M. were sized-up as a return to a classique pop-rock sensibility (not to be confused with classic rock), as a frequent rock press comparison was to The Byrds, “Wolves, Lower” offered a wholly fresh sound that was indeed somewhat mysterious (partly through production techniques, Easter’s notes clarify), even as it launched from a recognizable foundation. And the allure of “Wolves, Lower” would linger long after R.E.M.’s rise in popularity, mainly because the band’s records were increasingly refined affairs. Furthermore, it was their more refined stuff that proved most influential on other bands.

The energy of “Wolves, Lower” infects the rest of the EP in the best way possible, even the comparatively breezy “Gardening at Night” immediately after. It was this song (in an alternate vocal mix) that was plucked from “Chronic Town” for Eponymous, the 1988 compilation of the band’s culminating I.R.S. Records era, an interesting choice, as both “Carnival of Sorts (Boxcars)” (ending side one of the vinyl) and “Stumble” (side two’s closer) are more representative of R.E.M.’s later sound.

“1,000,000” nicely encapsulates Michael Stipe’s more assertive vocal mannerisms, aptly described in the choruses here as a gnawing whine, alternating elsewhere on the record with the inflection that earned him the nickname “mumbles.” In short, “Chronic Town” is unmistakably R.E.M., but it also captures the band at a unique stage, like lightning in a bottle, and hearing it in 2022, it’s easily amongst the best music they ever cut.

GRADED ON A CURVE:
A