After allowing time and space to wander the deserts in and between Texas and California, to further explore the proverbial deserts of the mind, a rare opportunity for the relentlessly touring multi-instrumentalist known by fans as The Rocket Summer, Bryce Avary is now returning with new music that is not just a step forward but rather an elevation into new ethers.

“I felt this tangible tug to tap into the long inherent but sonically neglected places of my heart and simply begin exhaling from there.” He reflects, “What happened was a creative release and outflow that I’ve never really had before.” A statement some might find with skepticism for a multi-instrumentalist embarking on releasing his 8th proper studio album, having again written, performed, produced and mixed all of the music. However with M4U and its unreleased companions, it is clear that Avary’s uncanny creative output and musical prowess is on full display, and perhaps more than ever.

“Originally I had been writing fictional stories to release as short films and / or comics. I was essentially making soundtracks to these unreleased films stuck in my mind. While ultimately the music became the king for me, that practice really opened creative floodgates musically that I’d never really experienced the roar and rush of.”

Evoking notes of what one might envision the walls of industrial clubs, UK dance punk halls, and r&b thumping venues have reflected over decades, the mix and filtering unique to only Avary’s particular output has created a group of songs that stand out as head turning-ly inventive and penetrating amongst the ever evolving music discography that is The Rocket Summer.

“I actually considered releasing this music under a separate name for some time. Rocket Summer has always been me, but it is always been only a part of me if that makes sense. There’s a lot more there that I’ve been aching to exhale, but the train of life moves fast. I really let myself reset with this one.”

Long known for his high energy live show, passionate following and a bond shared with fans that can only be explained or experienced by attending a TRS performance, the time between Sweet Shivers and the upcoming music is the longest Avary has been away from his fans and from performing since its inception. “Playing live has always been like oxygen to me. Getting to experience that collective release with others while we all work through it together, I’ve become so attached to it. I’ve enjoyed this time of creation, it was needed, but I’ve also naturally at points detested this strangely long time away that a lot of us have lived through. I’ve realized even further how much my fans are in a sense like family.”

In an era of prolonged isolation away from this “oxygen”, it would be normal to perhaps expect an introspective album with shades of melancholic colors to come, not unlike the former Sweet Shivers, but that is (mostly) not the choice that Avary made. “Making this record was the most I’ve ever grooved alone. I shut the door, started to jam, exhaled and just kept exhaling. I had very little interest in making music that was too lonesome. Perhaps as a defense due to how naturally lonesome these last few years were for a lot of us. But I felt like if I just could swim through the rains that poured on us and not allow them to extinguish the sparks of what I knew was coming, that we’d eventually be together again experiencing music. And that it finally wouldn’t only just be mine to groove to.” 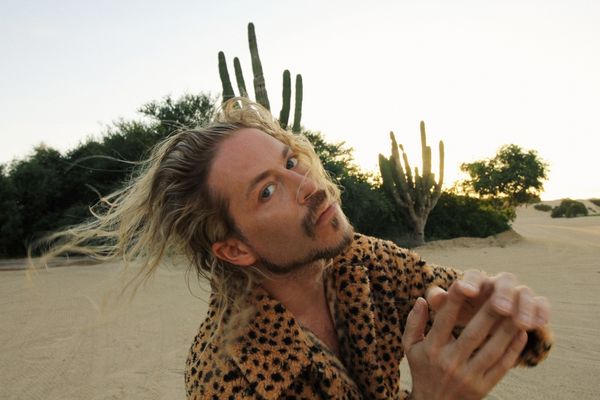