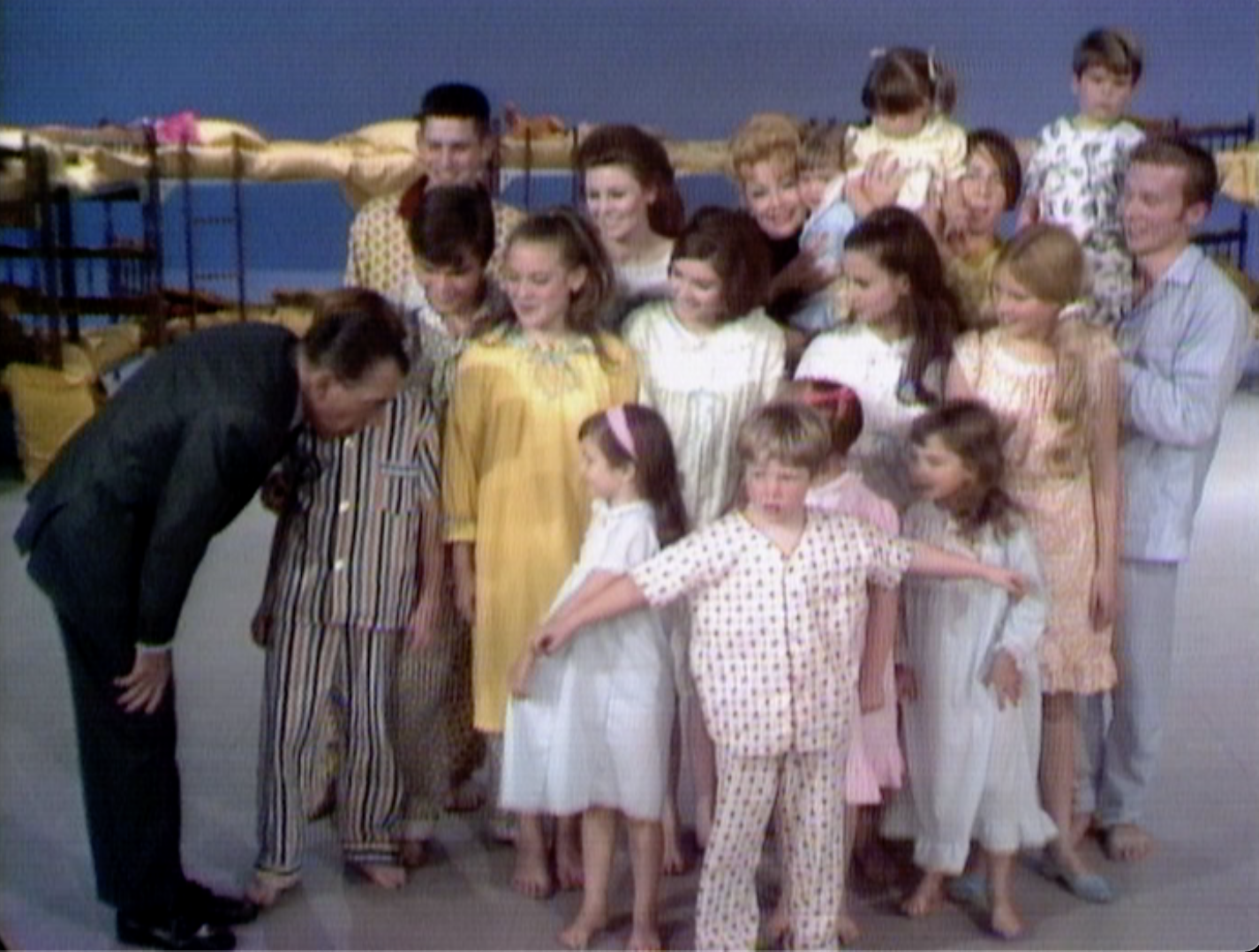 Watch The Ed Sullivan Show “Yours, Mine And Ours” Segment:

Santa Monica, CA – March 1, 2022 – Academy Award® nominated Licorice Pizza celebrates coming-of-age during the early 1970s with wonderful moments from popular culture. The pre-teen childhood experiences of the lead character include a re-enactment of Lucille Ball’s appearance on The Ed Sullivan Show in 1968 to promote her then-new movie Yours, Mine and Ours — the classic comedy about a real-life blended family long before the phrase was coined. Today, The Ed Sullivan Show’s official YouTube channel presents the original segment featuring the iconic red head and the 18 young actors who portrayed her birth and adopted children in the movie.

In the appearance, Ed Sullivan closes his interview with Lucille Ball by introducing the kids from the film. Look closely to spot Gary Goetzman, Licorice Pizza producer and Tom Hanks’ filmmaking partner, whose spirited memories comprise many adventures in the critically acclaimed film. The segment is a must-see for fans of either movie as Lucille Ball prances and the children romp around in their pajamas singing the theme song “Yours, Mine and Ours.”

“Yours, Mine And Ours” Segment:

Throughout its historic 23-year primetime run (1948-1971), The Ed Sullivan Show brought the hottest performances from around the world and introduced emerging talent to America’s living rooms every Sunday night. The show featured some of the earliest or first televised performances of music superstars including The Band, The Beach Boys, The Beatles, The Jackson 5, The Mamas and The Papas, The Supremes, and The Rolling Stones.

Among the voluminous gems in this vast catalog are iconic clips most of which have not been seen in decades. UMe uploads new videos daily, including scores of rarities available digitally for the first time, to The Ed Sullivan Show’s official YouTube channel and EdSullivan.com, both newly updated.

About The Ed Sullivan Show

The Ed Sullivan Show is the most popular primetime variety show in American history. For nearly a quarter century, Ed Sullivan hosted the greatest array of talent on television, including The Beatles, The Rolling Stones, Elvis Presley and Motown artists such as The Supremes, The Temptations and The Jackson 5. Every Sunday night at 8pm on CBS from 1948-1971, The Ed Sullivan Show showcased a wide variety of pop culture from the worlds of music, comedy, novelty and much more. The library of 1,000 hours includes over 10,000 performances.