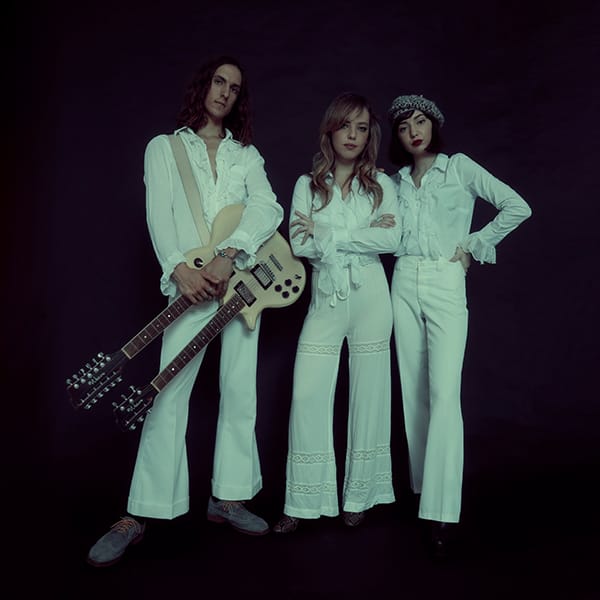 “When the three of us get together, we love putting smiles on peoples’ faces and seeing them dancing and having a great time,” says Sarah Grace Buckley of Australian sibling trio The Buckleys. “Music is so powerful, and making people happy and making memories is definitely a place that we want to be.”

With the release of their debut album Daydream, The Buckleys have essentially been doing just that. Reaching over 4.5 million fans on their virtual world tour this Spring off, of the release of two singles “Money” and “Breathe” alone, Sarah (20), Lachlan (19) and Molly (17) have been drawing in audiences worldwide with their feel-good, fun-time self-coined “Hippie Country.”

“When I close my eyes and conjure up an image of the term, it’s a bunch of hippies in tie-dye T-shirts and velvet flared jeans at a music festival, looking at a stack of Marshall amps on the stage,” says Lachlan of the term. “It allows us to be anything we want it to be. There are a lot of elements in that term, and it’s just about us melding and making something bigger out of it.”

“Hippie Country” is an apt term to describe The Buckleys’ music. With a melding of pop, country, Americana, and indie rock, Daydream is an album filled with all the sun, sparkle and wide-eyed excited that these young singer/songwriters embrace with open arms.

“The idea of freedom is a strong theme throughout the album,” explains Sarah. “The songs ‘Breathe’ and ‘Woodstock69’ are about yearning for it. But it’s also about the freedom of the music. The three of us have been so grateful and happy that we’ve been able to be free in what we can make, and that we are authentic.”

It’s this authenticity and liberation from the everyday stresses of life that permeates the album. From the smiling feel good country pop of the opening title track “Daydream” to the propulsive bluesy rock of “Crazy Like You” to the dreamy Fleetwood Mac/FM radio vibes of ”Til You Can’t Go Back,” Daydream strikes all the right notes and wraps itself in the “Hippie Country” blanket.

The effervescent singles “Money” which topped the Australian Country Music radio charts, the emotionally vulnerable “Breathe” which Sarah describes as a “musical prayer to the world,” and the playful “Leave Me Hanging On” all capture different colors of The Buckleys. “To feel that sense of freedom in our music is also important,” Sarah continues. “People who listen to the album will know that is something that is important to us.” 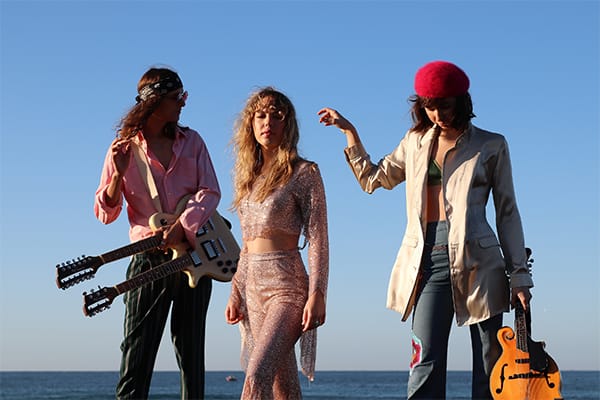 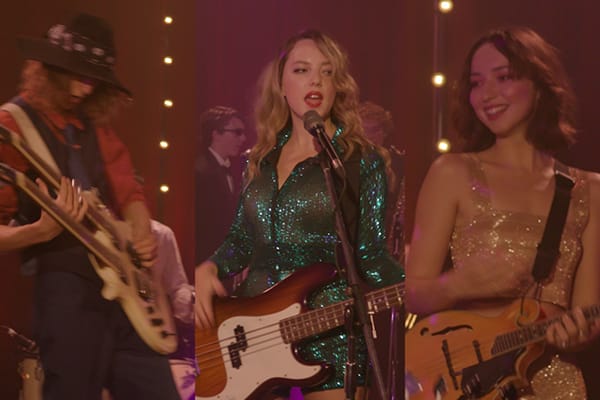 While the band cuddles its Byron Bay, Australian roots, the album has its origins in the Honkytonk Capital, Nashville, Tennessee. The “Hippie Country” term sums up the similarities of The Buckleys’ two spiritual homes where they evolved as musicians and songwriters. Both cities have strong music communities, legendary festivals, a counter-culture vibe and a spiritual and mystical sense. But getting to Nashville was on their minds even when they started busking and winning competitions on the streets of Australia’s music capital, Tamworth, during a family holiday in 2011.

At the time Sarah was 11, Lachlan 10 and Molly 9. They made a pact to start saving for a trip to Nashville, this music city fantasy-land they had heard so much about. They’d busk, play shows and do anything to keep filling their tin money jar to earn enough for their first trip.

“We just wanted to get there – and when we did, it lived up to all expectations and beyond,” Molly smiles.

When Sarah graduated from high school, she continually returned to Nashville where she began writing with – and was mentored by – some of Music City’s finest. She soon notched up 100 songs, some co-writes, and made a name for herself as a writer. She had a Top 5 nomination in the 2014 American Songwriting Awards and had a song recorded by Australian performer Felicity Urquhart’s award-winning hit album Frozen Rabbit.

As Sarah continued to focus solely on her music career and with her strong connection to Nashville, it was inevitable that The Buckleys would then return to Nashville to make Daydream. Writing with multi-platinum songwriters Phil Barton (Lee Brice/A Woman Like You), Dave Thomson (Lady A /747), Emily Shackelton (Carly Peace), Marty Dodson (Kenny Chesney) and Jennifer Hanson (Billy Currington), she amassed a sizable amount of songs to bring home and begin recording with her siblings.

The Buckleys went into the studios excited and prepared to record. It was maybe serendipitous that Daydream was then recorded during the northern Spring, as its atmosphere matches the season, full of hope and beauty.

Working with two-time GRAMMY® winning producer / engineer Chad Carlson, whose credits include Taylor Swift, Jewel, the Hunger Games soundtrack, Trisha Yearwood, and Lady A, The Buckleys created an album that they had always hoped for. “We had an awesome relationship with Chad,” says Molly. “He was really good at taking all our many influences and made it into the hippie country vibe and helped us create a nice body of work. He was involved in the song choice, he co-wrote some of the songs like ‘Breathe’ and ‘Vibe’ and ‘I’m Comin’ For Ya (Love)’. The three of us were always throwing ideas around the studio, and he’d take in all of them.”

Through their teenage days, they developed into a tight band with an enormous stage presence. “Very often we’d walk on with a setlist, but we’d soon throw it out to respond to the audiences,” adds Lachlan. “We wanted to make them feel good because they were making us feel good and we just wanted to pump it out for them.”

Signing with CM Murphy’s Petrol Records in 2019, the band earned the prestige of being the only other band on the label with INXS. Under CM’s wise tutelage, the band has released four consecutive top five singles which are included on their debut. The first, “Daydream,” catapulted the trio into the limelight, scoring a #1 single at Australian country radio, followed by the second single, “I’m Comin’ For Ya (Love),” which reached #3. “Money” which was the band’s third single (and first worldwide release) reached #2. The Buckleys’ fourth single, “Breathe,” the band’s most recent one, is currently in the top five at #3.

Looking back at the album they created, Sarah notes, “I remember writing in my diary that I was very nervous in the weeks before. This is our first album. We wanted it to be amazing. We wanted to put every bit of ourselves into it in every moment. When we finished the Daydream album, we were just so happy with what we’d created. Everyone felt a part of it.”