Blitz Vega's "Strong Forever," on which Marr is a guest, began as a charity song and anticipates the band's new album 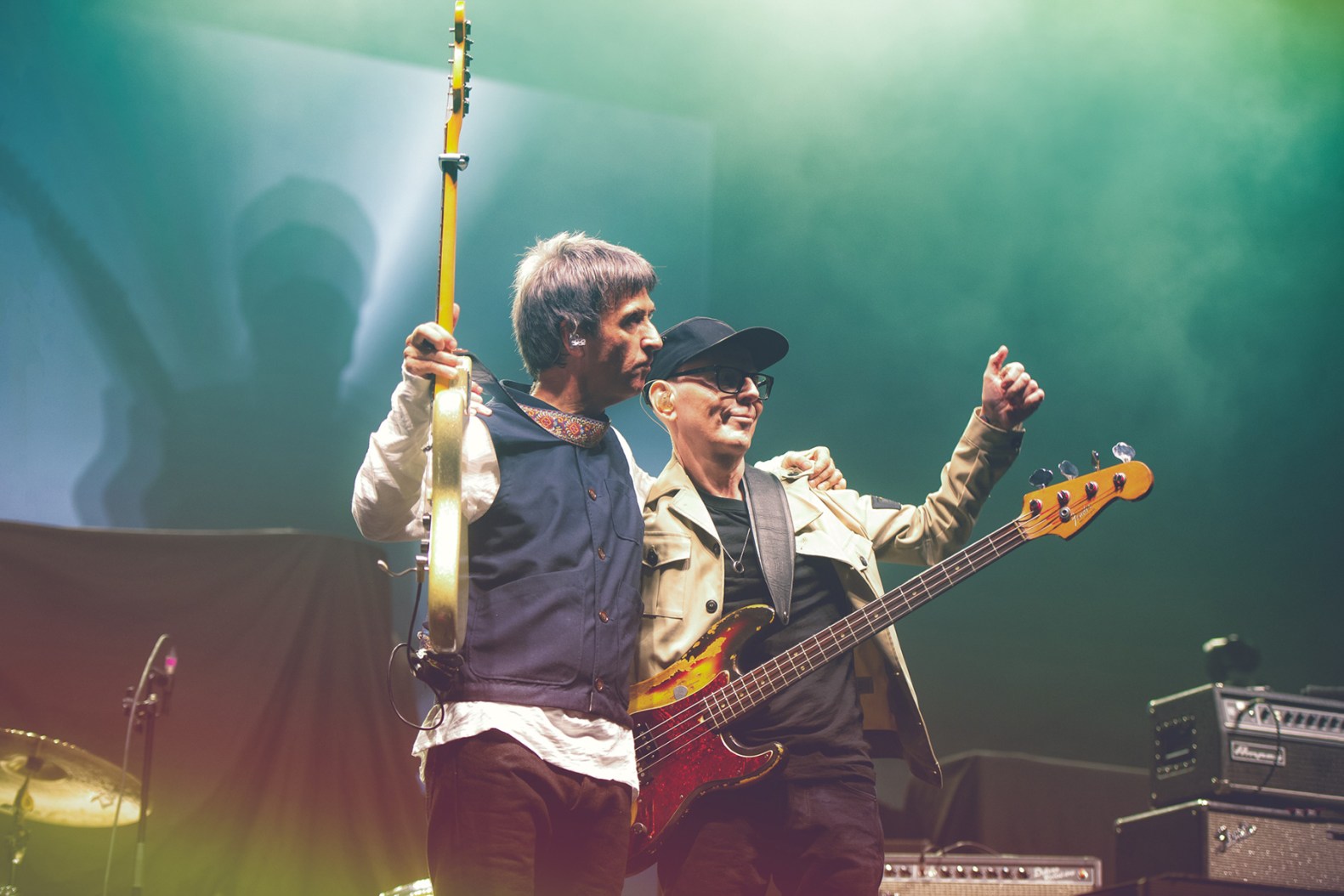 HALF OF THE Smiths — guitarist Johnny Marr and bassist Andy Rourke — have reunited for their first recording together in 35 years. “Strong Forever” is a new track by Blitz Vega, a group featuring Rourke and former Happy Mondays guitarist Kav Blaggers, which they co-produced with DJ Z-Trip. “We’ve got the love, we’ve got the power,” goes the chorus, which kicks off the track over Marr’s signature jangly, shuddering guitar. “We’re in it together, stay strong forever.”

“Andy calls me [one day], and he says Johnny said he’ll record some guitar on the track,” Blaggers tells Rolling Stone. “I was like, ‘What? Johnny? Johnny Marr?’ He’s like, ‘Yeah,’ in his laidback but very Mancunian way.”

“I wanted exactly what Johnny does,” Rourke says of why he asked Marr to play on the song. “He has a very distinctive sound, and that’s what he did. We love what he brought to the track.”

The song, which anticipates Blitz Vega’s upcoming album, has had a long genesis. Rourke and Blaggers had been working on it since Jan. 2020. “We were originally recording this song for a UN/U.K. football anti-discrimination/anti-bullying campaign,” the bassist says. “We approached a few people to guest on the track, and I asked Johnny, who very kindly recorded some guitars and sent them over.”

One guest who featured on the track originally was then-Kasabian frontman Tom Meighan, but after he exited his group after admitting to committing domestic assault, Blitz Vega pulled the song from the campaign and, at Rourke’s suggestion, Blaggers ended up replacing Meighan’s vocals with his own. They put the finishing touches on the track this year.

“Writing the lyrics was easy for me,” Blaggers says. “I just had to look inside and use my own experiences — the battles I’d faced growing up, the discrimination, for many different reasons. I got it, I truly understood what the song had to be about. No one had ever given me a reason to write a song like that, and it always felt a little too close for comfort for me to visit the place where the experiences stemmed from.”

“The way it was when I grew up, you took a deep breath, and you just got on with it,” he continues. “‘Don’t be a wimp. Take it on the chin.’ You didn’t give people a reason to think they could pick on you. You’d try to break down those barriers. It was always on you, not them. It still is in a way. That environment made me, and those experiences inspired this song.”

Rourke, who recently made a guest appearance at one of Marr’s New York City shows, is especially happy that he and his former bandmate recorded a new song together. “We’ve remained friends, we’ve known each other since we were 13 years old,” he says. “He’s my oldest and dearest friend and I feel our friendship gets stronger as time passes.”

Despite the former bandmates’ feelings of goodwill, a full Smiths reunion remains almost 100 percent unlikely. Frontman Morrissey has repeatedly said he never wants to reunite, though Marr wrote in his autobiography that he and Moz had discussed a reunion in 2008. Since then, a Morrissey rep has said, “The Smiths are never going to reunite,” and Morrissey has said, “I don’t know a single person who wants a Smiths reunion.” Earlier this year, Morrissey begged Marr to stop talking about him in interviews.

But all that doesn’t mean Marr and Rourke can’t record together. Rourke and Blitz Vega also have a lot of new material of their own coming soon. “We have some singles coming out early next year, and we’re releasing an eight-song 12-inch vinyl for Record Store Day,” Blaggers says. “We look forward to getting out there and taking our sounds to the people who wanna see us play live.”