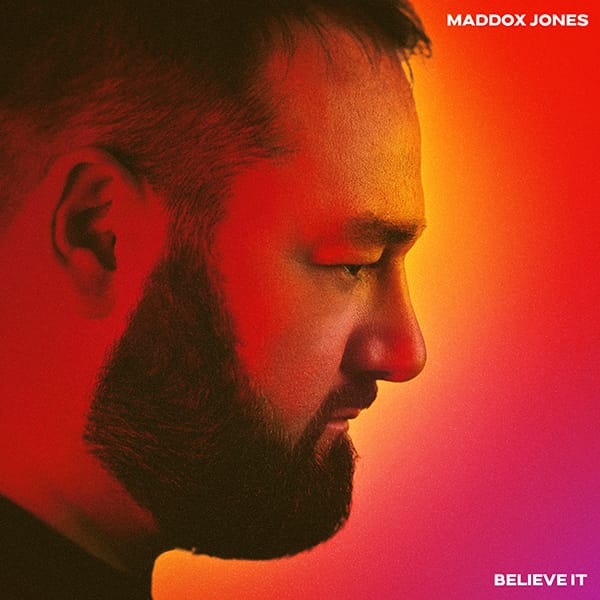 Imagine growing up in a world without pop music… and going on to play arenas with The Killers and Placebo and rocking the Reading Festival. That’s the world of Maddox Jones, a musician who went from a Christian commune to the very top, surfing the highs and hitting the lows of the music industry, from label signings and top-level meetings with Adele’s publishers to sleeping on friends’ sofas and getting out of it on drugs. But when you have the true soul of an artist, there’s just no giving up. Thank god!

The story of Maddox Jones begins in Northampton in a Christian commune, where everyone’s wages were pooled and everyone got the same, wore the same clothes, ate the same food; a place where TV and radio and music that wasn’t Christian was strictly forbidden.

‘But there was a lot of love,’ says Maddox, now based in Glasgow, partly for its amazing music scene. ‘The buildings were enormous, huge Victorian properties, including a country hotel, so running around there with the rest of the kids really wasn’t that bad. And we got to make things, like light installations. My dad ran the place and my mum was a teacher.’

They were only allowed to read anything that might have Christian resonance like The Chronicles of Narnia and as for music, Maddox would lock himself in his room with his guitar, which he’d taught himself to play, and write songs. Christian songs, which he would then record on a pair of tape recorders to be able to create harmonies – a very rudimentary mixing deck! – and would then send the cassettes into the church to see if they would use them in their services. They never did. ‘It was like sending stuff off to record labels… only it was the church.’ 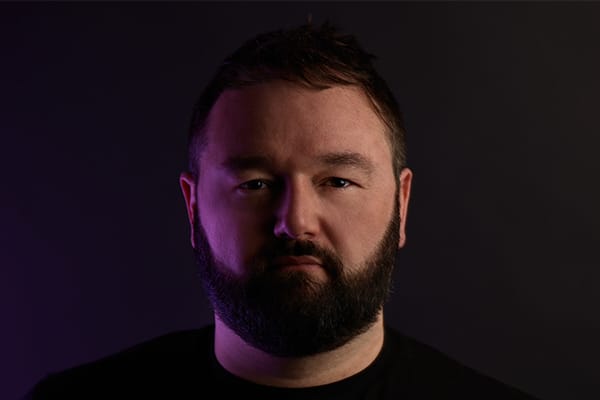 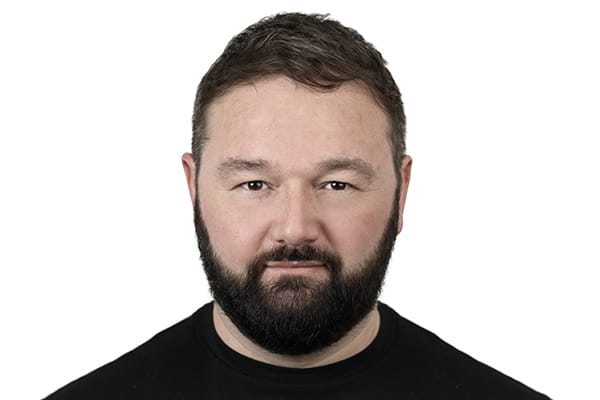 He would eventually sneak round his friends’ houses to hear current music like Oasis, ‘which I thought was a bit boring, to be honest’ and, the record that really made his ears prick up, Spaceman by Babylon Zoo. The electronica! The strangeness!

It was with some of these friends, including Mikey Austin and Ben Winton, at around the age of 17, that he started a band called Serotone, an electronic pop outfit where rehearsals were laced with newly-discovered marijuana. ‘We used to meet up at church and then get high during band rehearsals,’ Maddox says, adding he still doesn’t know how they got away with it – ‘the place must have stunk!’ – and imagines blind eyes were being turned.

With music the centre of his life, he decided to study Music Management at University in High Wycombe – ‘I was quite a geek. I got a first’ – but was among people interested in the business rather than the craft so he moved on to Westminster University to study Commercial Music, moved into the halls of residence and would haunt any indie night going.

By the early 2000s, with his ‘skinny tie and Franz Ferdinand hair’, he fronted another band with Ben Winton from Serotone on bass, one that would become The Departure and would be snapped up by EMI. The sound was ‘dark pop: epic and mysterious’, with a bit of a nod to Depeche Mode and The Cure with Maddox taking control of writing both lyrics and melody, while modeling his voice on Gary Numan.

‘The feeling of having been signed was sick,’ says Maddox of the band that would go on to have four top 40 hits from its first album, ‘and then you go on tour and wake up and wonder where you are… but you can tell when things stop going well.’ With that successful debut, Dirty Words, the second album was ready to go when, sometime in 2008, someone from the record company turned up at a gig with a box of their vinyl, the industry way of telling The Departure that they were out on their ears. It was enough of a knock to break up the band. ‘For four years we were living in a fantasy land,’ says Maddox, ‘touring Europe, hooking up with fans, then – bam! – I’m sleeping on my friend Claire’s sofa and taking loads of drugs. It was trying to escape. But that’s another story.’

But you can’t keep a good man down and soon he was forging new artistic partnerships, first forming a band with his hostess’s boyfriend, Luke Shoesmith, called New Ilands, writing what he calls ‘mad pop songs’. As a five-piece they even got to play their psychedelic electronic sound at Glastonbury, ‘and I thought it was all going to happen again.’

But when differences of opinion over the band’s sound emerged, and different ideas about what the band meant reared their heads – ‘for me it wasn’t a career choice, it was just what that I did. I couldn’t stop doing it’ – Maddox and Luke decided to go their separate ways.

Maddox moved on with the band’s drummer, Glen Nicholls, to form a Hurts-like electronic duo called Strangers and put out three EPs and a couple of singles on Killing Moon records with new band members Raife Hacking and Piers Sherwood-Roberts. Live they were also killing it, supporting the likes of Orchestral Manoeuvres in the Dark and other electronic legends, ‘because we sounded a bit 80s’.

At the end of the day, Maddox just needed to get his stuff out there. ‘I just want people to hear my songs. I’m not going to give up no matter what happens,’ says the man who now writes for label-mate Salt Ashes, Billy Lockett, Night/Moves and Nykki and is in hot demand for collaborations.

Strangers eventually became a duo, Maddox and Raife, now called Born Strangers and, under the management of Kwame Kwaten’s Ferocious Talent, worked with Yoad Nevo, the multi-platinum producer known for his work with Sia, Ed Sheeran, Giggs, Moby, you name it. The singles that came from the collaboration were well received in outlets like The Independent, had some chart appearances internationally and even got used against a montage of tennis footage on the BBC when Andy Murray won Wimbledon.

When Raife met his wife, moved to Devon and *gasps* got into techno, deciding to call it a day, Maddox was now ready to go it alone, first as a one-man Born Strangers and now as… Maddox Jones. ‘I felt like I wasn’t really being myself,’ he says. ‘I was writing songs I thought people might like but now I need to write songs that are about what I’ve been through, which is where I am now.’

And where he is now is a very good place. Not just Glasgow, but mentally and spiritually. ‘I used to escape my feelings by taking drugs,’ he says. ‘You can mask a lot of feelings like that and it became an addiction, I guess. But I put the work in on myself, faced my demons, to get to where I am today. And a lot of that has come through on the album.’

Maddox’s first solo work with his name on, the Headspace EP, came out in July 2020, during the pandemic and a whole album of solo work is ready to unleash on the world, produced with longtime friends and producers Dave Crawford and Louis Souyave with Ed Buller of Suede, Pulp and White Lies fame mixing one of the singles.

‘It’s a singer/songwriter album,’ he says, ‘with genuine, honest lyrics. It’s comfort food music with electronic bits that I’ve worked on with Hannah [Smith], my girlfriend. She’s helped me be more myself. Every song on the album has meaning behind it but it’s quite eclectic, a bit Coldplay, a bit Sexual Healing. In short, it’s a snapshot of me as a writer.’