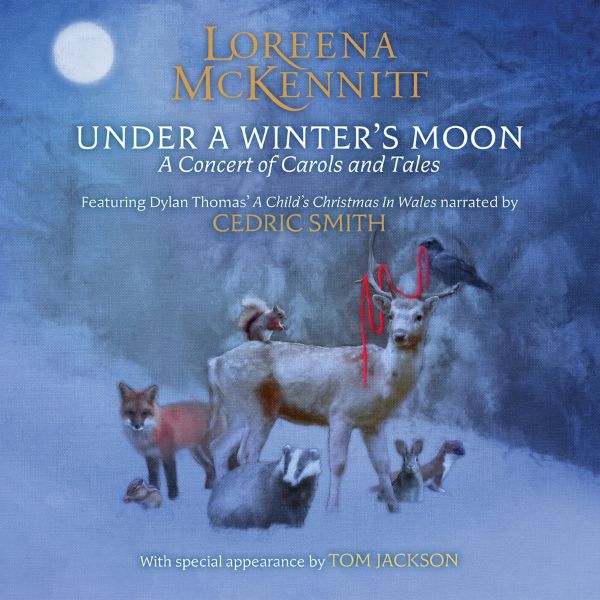 Loreena McKennitt is a rarity in popular music – a self-managed, self-produced artist who owns her own record label, whose music crosses stylistic and cultural boundaries, and who has sold more than 14 million records worldwide.

Born and raised in the small prairie community of Morden, Manitoba, Canada, McKennitt began her career singing in local folk clubs in Winnipeg and in small-scale productions of Broadway musicals. She won a DuMaurier talent search competition in 1978, and represented her country that year at UNESCO in Paris and again in 1985 at Expo in Japan. In the 1980s, she moved to Stratford, Ontario – the home of Canada’s renowned Shakespeare Festival – and was a featured actor, singer and composer in a number of festival productions including The Tempest (1982) and The Two Gentlemen of Verona (1984). In spring 2001, she returned to the Stratford Shakespeare Festival as composer for the critically-acclaimed production of The Merchant of Venice.

In 1985, McKennitt recorded her debut album, Elemental, and released it on her fledgling label, Quinlan Road, named for the rural road which ran past her farmhouse. She promoted the recording by busking in nearby Toronto, and by promoting her own concerts. Additional releases in 1987, To Drive the Cold Winter Away, and 1989, Parallel Dreams, and a flourishing live performance career – triggered in part by showcase performances she gave for arts presenters across the country – earned her a ground-breaking 1991 distribution deal with Warner Music Canada. The first release under that agreement, The Visit, was distributed around the world, becoming an international success with an impressive tally of gold and platinum certifications. Its success was to be later exceeded by the honours achieved by The Mask and Mirror in 1994, and the worldwide hit The Book of Secrets in 1997.

The Book of Secrets, recorded at Peter Gabriel’s Real World Studios near Bath, England, spawned the Billboard Top 20 single and MTV video hit “The Mummers’ Dance”, whose cross-format success on US radio was mirrored around the world. The album would go on to sell over four million copies worldwide, of which over two million were in the United States. Like its two predecessors, The Book of Secrets topped the Billboard World Music chart en route to becoming that chart’s most successful “crossover” album ever. It also debuted at #1 on the national album charts in Greece and Turkey, was #3 in Canada, and reached the Top 10 in Italy, New Zealand and Germany, and the Top 20 in the United States, Spain and France.

In 2006, McKennitt released the album An Ancient Muse which would go on to earn a Grammy nomination. Soon after, in the fall of 2008, A Midwinter Night’s Dream would be released, featuring a collection of seasonal music as seen through her broad lens of influences ranging from Celtic to classical to Middle Eastern. Also recorded at Real World Studios, it has gone on to achieve Canadian Gold certification for sales of over 50, 000.

Quinlan Road has also released a number of limited edition compilations and specialty items including the St Patrick’s Day sampler A Mummers’ Dance Through Ireland, The Journey Begins box set featuring one disc of rarities and three recordings from the beginning of Loreena’s career, and the two-disc set A Mediterranean Odyssey, combining one disc of live performances commemorating the 2009 Mediterranean tour, and one disc of thematically chosen studio recordings drawn from the back catalogue. Her 2014 compilation, The Journey So Far, celebrated the 30th anniversary of her musical career.  This release included a second disc, A Midsummer Night’s Tour, a live recording of her performance at the Zitadelle fortress in Mainz, Germany, in July 2012.

McKennitt released her first-ever live concert DVD, Loreena McKennitt: Nights from the Alhambra in 2007. The performances were filmed in Granada, Spain at the Palacio de Carlos V in the Alhambra Palace historic monument over three nights in September 2006; McKennitt is one of very few artists to have been granted the opportunity to perform in this breathtaking UNESCO World Heritage site. Selections from the concerts originally aired on PBS as a “Great Performances” special. This was followed by a limited release of the tour documentary A Moveable Musical Feast which was shot during her 2007 An Ancient Muse tour. Previously, in 1997, McKennitt released No Journey’s End, a half-hour video profile in which she explores the diverse influences behind her award-winning albums such as The Visit and The Mask and Mirror.

In 2010 McKennitt released the studio recording The Wind that Shakes the Barley. Consisting of traditional Celtic songs, this album is a stirring and inspirational return to her roots. Her live recording, Troubadours on the Rhine, released in 2012, received a Grammy nomination.  McKennitt’s most recent studio recording of original songs, Lost Souls, explores a broad and bold array of influences from Celtic, and Middle Eastern, to the poetry of Yeats and Keats and instruments from nyckelharpa to a military band. Live At The Royal Albert Hall was recorded on tour in 2019, featuring songs from Lost Souls as well as curated favourites. In 2021 McKennitt marked the 30-year anniversary of her ground-breaking album The Visit by releasing a special “Definitive Edition” package including archival materials.

McKennitt’s most recent recording, the seasonal album Under A Winter’s Moon, was recorded live in Stratford, Canada, in December 2021. The album features 15 seasonal songs performed by McKennitt, interspersed with seasonal readings.

Loreena McKennitt has twice been honoured with a Juno, the Canadian music industry’s most prestigious award. In 1997, she was given Billboard‘s International Achievement Award. In 2002, she performed in the Government of Manitoba’s Golden Jubilee celebrations for the visit of Queen Elizabeth II and Prince Philip and, in 2003, she received a Commemorative Medal for the Queen’s Golden Jubilee. In 2012, she received the Diamond Jubilee Medal.

These successes have led her to stages across North America, Europe, the Middle East and Southeast Asia. She is an inveterate traveler who has used her fascination and interest in the history of the Celts as her primary musical and theatrical inspiration; she sees her work a form of musical travel writing. Her travels have included visits to China, Mongolia, Turkey and North Africa, as well as a trans-Siberian train trip across the former Soviet Union.

She has composed music for, or had songs featured in, a wide range of films. Her first screen credits include the National Film Board of Canada’s Women and Spirituality series (1989 – 1993) and Jean-Claude Lauzon’s Léolo (1992), since which time she has enjoyed countless requests for the use of her recordings in major Hollywood films and TV productions. Her music provided the main titles music for the TNT miniseries The Mists of Avalon, and McKennitt contributed both music and narration for Disney’s 2008 DVD release Tinker Bell.

Despite the demands of her own multi-faceted career, McKennitt continues to find time to encourage other independent recording artists to take control of their music and their careers.  She participates in music industry conventions and other gatherings as a speaker whose practical career advice has been of value to countless artists. She is a strong advocate for the protection of intellectual property, and has appeared before The House of Commons Standing Committee on Cultural Heritage to support long-delayed copyright reform for artists.

From 2006 to 2013 Ms. McKennitt held the position of Honorary Colonel of the 435 Transport and Rescue Squadron in the Royal Canadian Air Force, and upon completion of the appointment was awarded the RCAF Commander’s Commendation in recognition of outstanding professionalism and dedication. In September 2014, Ms. McKennitt was appointed as the Honorary Colonel of the Royal Canadian Air Force. In 2019 McKennitt was awarded the Canadian Forces Decoration (CD), representing 12 years of service.

In 1998, McKennitt founded The Cook-Rees Memorial Fund for Water Search and Safety and raised nearly $4,000,000 for the Fund’s initiatives in the fields of water safety and research.  A major portion of the money raised for the Fund came from the sales of Live in Paris and Toronto, a two-CD set recorded with her band at the Salle Pleyel and Massey Hall in 1998.  Revenues from the release were also donated to the earthquake relief funds of the Red Crescent Turkey and Greece’s Hellenic Red Cross.

In her own community, McKennitt purchased the Falstaff School in Stratford in 2000 and, in 2002, founded the Falstaff Family Centre. Responding to needs identified by the local community, the Centre focuses on the needs of families and children in Perth County.  She has also established The Three Oaks Foundation, a charitable body which supports cultural, environmental, historical and social groups. 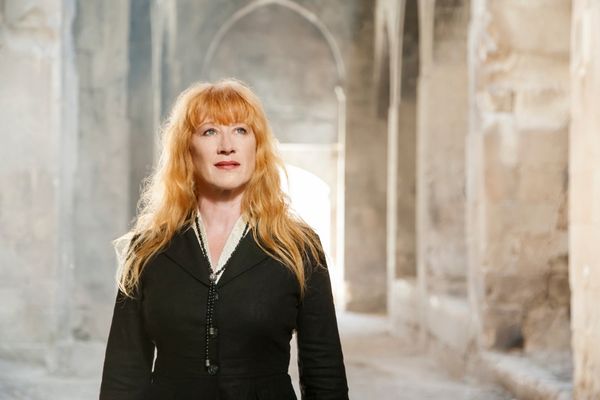 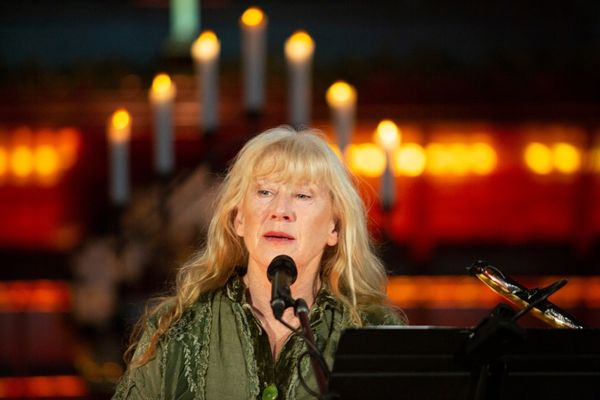