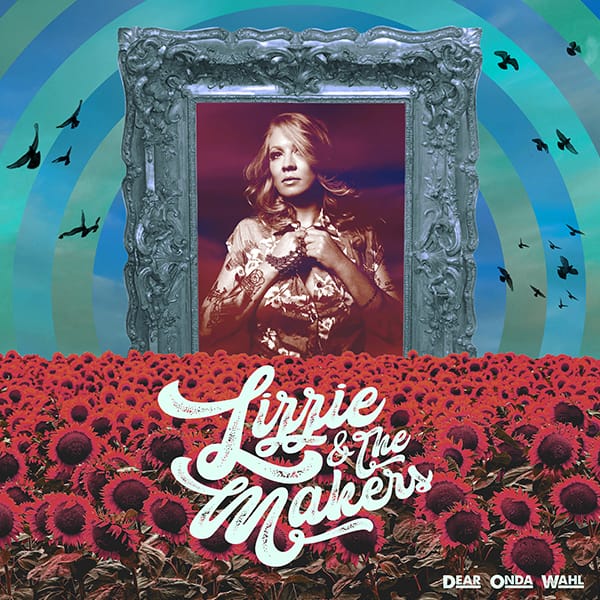 Lizzie & The Makers’ sophomore studio album, embroiders their potent Southern-tinged rock with art-rock, dream-pop, and ethereal elements to spawn something all their own. Due fall 2021, it’s one of those rare records that combines single-minded artistry with broad commercial appeal.

“We’re definitely rock ‘n roll … [But] it’s almost like when we wrote these songs they went through a David Lynch portal, and came out a little bizarre,” mulled Edwards. “So I think we’ve been on this kind of ethereal tear, but our group is really rooted in Southern rock, and some English rock.” 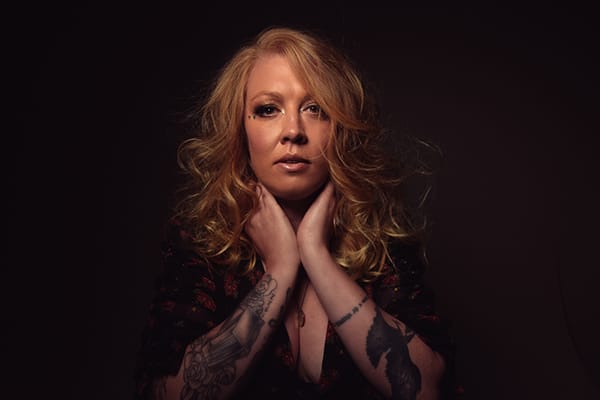 Atop granite foundations of AC/DC and Black Sabbath, NYC’s Makers layer the grooving rock of the Allman Brothers and Pink Floyd’s melodic psychedelia. But then there are lurking hints of blues/country rootsiness, and McMullen’s accomplished love of the avant-garde.

Edwards and McMullen almost accidentally formed The Makers (named for Maker’s Mark bourbon) back in 2011, when the singer was scrambling to assemble a last-minute band for a festival at Pete’s Candy Store in Brooklyn, where she was sound engineer and McMullen was a regular performer.

“We played a couple of shows, just casually, and then Greg and I started to write together,” Edwards recalled. “It was just a perfect match, and our first song I think is still one of our best.”

Lizzie & The Makers’ debut album, Fire from the Heart of Man, appeared in 2015, followed by the Meanwhile … EP three years later. A 2017 concert collection, Live at Rockwood Music Hall, conveyed The Makers’ famously visceral stage show. But the upcoming release, recorded at Mission Sound Recording in Williamsburg, both captures and compliments the band like nothing before.

“Definitely the stuff has been written for performance,” offered McMullen, who has also played in Gabrels’ solo band and alongside Greg Dulli in the Twilight Singers. “It’s been adapted as to how we will record it.”

“We’re more of a live band than necessarily a band that was overproduced or was dependent on sounds created in the studio,” Edwards noted.

While the bluesy riff is familiar, the upcoming LP’s tortured tone is darker, more contemporary, and the perfect foil for Edwards’ emotive delivery.

“The textures are much more lush,” McMullen explained. “We were allowed to layer things, and this time in the studio we actually experimented so much more than we have in the past.”

Standout and first single “Mermaid” winds wistful melody through a delicately choppy guitar before blossoming into its darkly brain-staining hook.

“One of the main influences would actually be David Lynch,” McMullen continued. “Lizzie and I were equally influenced by what he’s accomplished with Twin Peaks, and that third season was definitely something that I think was on both our minds when we were writing.”

There’s a lot of little outer-space, edgy weird sounds incorporated into this record that we didn’t completely embrace on previous records,” said Edwards. “And in general, as songwriters, we just evolve.”The upcoming LP is preceded on March 26th by “Mermaid” and its accompanying music video, with a special Lizzie & The Makers live stream to mark the occasion.  Second single “Lover By Proxy” is released June 25th.