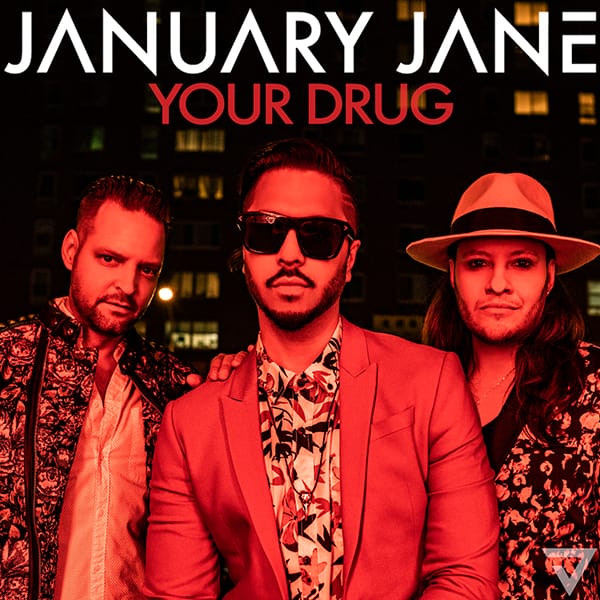 “The story of January Jane is so absurd – but then, everything about being in the music business is absurd,” says January Jane guitarist Mitch C. Mitchell with a laugh.

He’s correct: January Jane has taken an unusual path so far – but this strategy seems to have worked, because BMG is set to release the band’s much-anticipated EP, Your Drug, this spring. Every track is ridiculously catchy, overflowing with melodies that are at once smooth yet highly textured, seamlessly blended with unapologetically emotional lyrics.

It’s an exhilarating moment for the band as they take a brief pause for reflection as they prepare for the whirlwind ahead. As lead vocalist and lyricist Pat Via says, “We feel like we’re at this jumping off point right now. We’re ready: we hope that we’ll soon be overwhelmed!” he says with a laugh.

Via writes the lyrics because he’s the one who has to deliver them in a way that will connect with fans, both in the recorded versions and in a live setting. Mitchell doesn’t mind handing over that particular duty: “If it’s a very cool lyric but it’s not from Pat’s heart, the audience will know it,” he says. Besides, Mitch, along with Peter Scialla, who joined the duo in 2014 on keyboard and piano, are busy writing the band’s music. 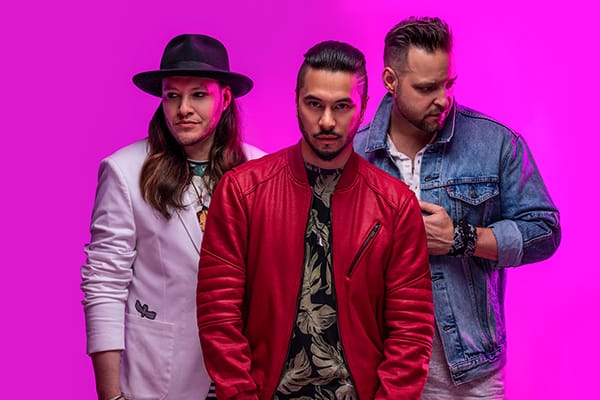 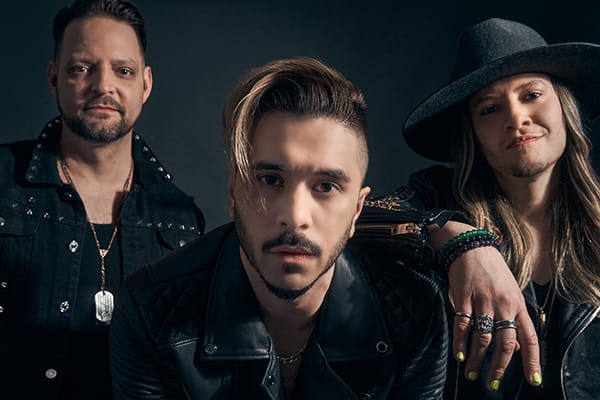 It’s an equitable and agreeable division of labor, and it was that way from the moment this band formed. Via and Mitchell met by chance at an art gallery opening in New York. Meeting up the next day to try to write together, they clicked so well that they had an outline for their first song sketched out in a mere 10 minutes.

This type of instant creative chemistry is extremely rare, so they immediately knew they were onto something special. In fact, January Jane has been such a revelation for both Via and Mitchell that they decline to discuss anything that came before it in their musical careers. “I don’t feel like anything that happened before this band matters,” Via says. “I’d rather talk about the story we’re writing now.”

Then, another New York City night cast its spell and delivered yet another surprise, when after wrapping up a show they were invited to a private gathering at a loft in the Meatpacking District: as they walked through the door they heard the sound of a piano rising from the center of a crowd that had gathered in a circle around the source of the music. They were immediately drawn in, and pushed their way past the pack to the grand piano in the center of the room, where they saw Peter Scialla manning the keys from within the eye of the hurricane. Peter seemed to sense their presence and looked up briefly from his keyboard, waving them over, before returning his gaze to the black and white keys in front of him. As the night progressed and they made their way through another bottle, singing and playing together to the impromptu crowd, they all realized they had found the missing piece, and Peter became part of January Jane.

With their epic songs, January Jane quickly gained a loyal fan base. One of their earliest supporters was Matt Pinfield, the DJ, journalist, television host, and all-around music industry legend. Pinfield has proven instrumental for the band: he took them under his wing and produced some of their early recordings (under the auspices of his own label, Whiskey Vinyl). Those songs, in turn, brought them to the attention of BMG, who quickly signed them. As always, when the opportunity came, January Jane’s members  were prepared to grab it with both hands. As Via puts it, “It’s about staying ready for when the big lights get turned on.”

Being backed by BMG’s world-reaching might is exactly what January Jane’s members want, at this point. As Scialla explains, “We’ve put so much into this band – now we absolutely want to get it out there in a very big way.” Via agrees: “What band doesn’t want to be the biggest band in the world? When you have a label like BMG behind you, you get the opportunity to do that. Why walk when you can ride?”

“Taking this time to write and record has given us the chance to really explore creatively and find our unique sound,” says Mitchell. Also, the members understand that this type of band launch takes a long time to get ready, so they don’t mind waiting until everything is right for it.

As a primer for the music of January Jane, Your Drug is the perfect taster for what’s in store. From the cover of the Hall & Oates “I Can’t Go for That (No Can Do)” which updates the ‘80s hit by adding a modern cinematic swirl, to the epic soar of the title track “Your Drug” whose pulsating keyboards leads you right into an escalating chorus reaching anthemic heights, the EP carries a sneaky familiarity that is immediate and enduring. The lead single “Versions of You” with its fluid melodies and hooks sinks deep, cementing their indelible and transcendent mark on the contemporary pop rock genre.

Now, with their new EP finally in sight, January Jane say they’re especially excited to support the album with a tour, because live shows have long been a strength for this band. They’ve routinely sold out shows at larger theater venues like the Gramercy Theater in New York, as well as appearing at prestigious festivals such as SXSW multiple times.

January Jane have often performed charity concerts, benefitting the Akron Children’s Hospital and The Dream Foundation, among other causes. Their most unusual benefit show, in 2018, found them headlining the October Ball, held at the Cathedral of St. John the Divine in New York City, with proceeds going to the Bigs & Littles NYC Mentoring program.

This desire to spread love is at the heart of what January Jane has been about from the start. In fact, it is this pure love – for the music itself, and all the good it can do – that seems to ensure that January Jane’s future will stay bright. “We’ll never run out of ideas, because we love making music more than anything – every step of the way is fun,” Mitchell says. And there’s no reason to think their luck will change: “That chance meeting that Mitch and I had has somehow gotten us this far,” Via says, “and wandering into Pete’s studio in the time that followed was pure luck. We’ll just keep riding on those chances. It’s serendipitous.”