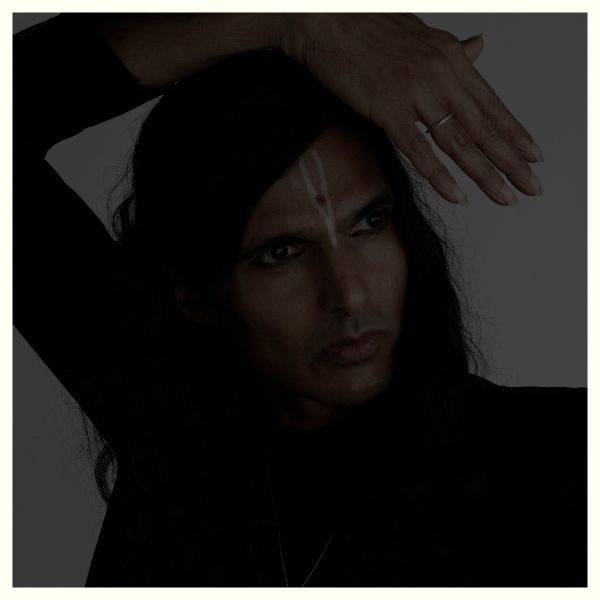 To hear the acclaimed Los Angeles singer, guitarist and songwriter Imaad Wasif lay it out, when in 2020 he and producer-musician Bobb Bruno (Best Coast) started working on Wasif’s new album, So Long Mr. Fear, they did so with the determined ferocity of a drill rig boring into a mountainside.

“We built a tunnel through the goddamned pandemic,” Wasif says, “and though we never saw each other during the making of this, we were connected in the ether, sending songs back and forth to arrive at their completion.”

The result is a sublimely intimate record that blends Wasif’s essence as an artist with sophisticated, timeless arrangements and his characterically masterful playing – all of which combine to resonate as if the project were recorded in a velveteen cave.

Within, listeners will find the most accomplished album, his sixth as a solo artist, from someone who has played on a cavalcade of essential recordings. During Wasif’s life as a musician he’s been with bands including early slo-core noise rock duo lowercase (whose records for Amphetamine Reptile are ripe for rediscovery); psychedelic folk group alaska!; and Sebadoh/Dinosaur Jr. member Lou Barlow’s project the Folk Implosion. Those not familiar with his riffs and solos for Electric Flower Group, Grim Tower and ACID might recognize his electrifying work as a touring member of the Yeah Yeah Yeahs.

Wasif, in fact, invited Yeah Yeah Yeahs’ Karen O to tap what he calls “the sinister grandeur of her vocals” on one album highlight, ‘Poet of the Damned.’ A haunting ballad set, sings Wasif, “in our infected town” and “before end-times,” the two vocalists lyrically recall walking floors in search of common threads, holding keys to the Doomsday Machine, and crawling out of basements to witness the narrator’s “downfall as the poet of the damned.”

On album linchpins ‘Elemental’ and ‘Regeneration,’ Wasif invited sitar player Evan Haros to add drone-filled layers of electrifying energy. Singer Jen Wood (the Postal Service, Tattle Tale) joins Wasif on ‘Fader.’ A song with the spellbinding couplet, “If I die next to you there would be no defeat/Only glory that would shine down on me,” Wasif and his collaborators harness piano, keyboard and long, moaning guitar notes that drift through the measures. Wasif so understands his instrument that not only can he mesmerize through his seemingly effortless expertise with six strings, he can convey three gentle, reflective notes to paint entire landscapes.

Or, as Wasif puts it on ‘Fader,’ “Can I tempt you with scenes you can’t ignore?”

Wasif stresses that So Long Mr. Fear could not have been possible minus producer Bruno, who played bass, drums, and a myriad of synths on these songs – and whose magic touch, notes Wasif, “opened gateways of sonic depth.”

Like songwriting experts such as Lee Hazelwood, Leonard Cohen, and Nick Cave, on So Long Mr. Fear, Wasif, longtime collaborator Bruno, and mixer Lewis Pesacov unearth big ideas by carving away at smaller things until they glisten with universality. The artist says that at times giving himself up to his muse felt like he was disappearing – “like everything was disappearing.” This creative burst helped him realize that to remain visible –  that is, to do the work of becoming what he calls “someone truly seeable in essence and being” – isn’t so easy.

In the isolation, Wasif came to believe that the only way forward was, with Bruno’s enabling, to fully open himself to his creative impulse, one that, when it arrives, possesses an unrelenting grip he calls so urgent that he “cannot help but to sit down and bang out a few chords and coax words from within my dusty skull to reignite a dumbstruck catharsis. That I might resonate clearly and audibly is all I’ve ever desired from the music that comes through.”

For the first time in his guitar-focused recording life, Wasif wrote a lot of So Long Mr. Fear on piano. Yes, his expert use of open-tuned guitars, which add a luxurious, mysterious drone, endures; but the circumstances – forced isolation wrought by the pandemic – afforded him the time to mine new instrumental veins. Recording most of his master takes while both singing and playing, the aim was to excavate songs without overthinking – relying on what Wasif calls “the simplicity of their compositions – the direct passage into the emotional realms that I feel most at home in.”

To conclude the (over) extended metaphor, taken as a whole, So Long Mr. Fear arrives as a kind of light at the end of the proverbial tunnel: A beam that grows more intense with each song, expanding with each listen.

The image that serves as the cover for So Long Mr. Fear was taken by Sharon Lockhart and Alex Slade; Mathias Poledna designed the album cover. Wasif chose the self-portrait, in which he wears a tilaka on his forehead, as a way to represent what he calls his “personal secular spiritual beliefs.” He adds, “The mark is worn as a direct confrontation of a philosophically diametric upbringing: My mother Hindu and my father Muslim.”

Though Wasif stresses that he claims no membership in organized religion, he has “endured the psychic conflict of these two monolithic faiths; hence the image is loaded with intent to trigger a dismantling of thousands of years of strife and convention.” Concluding that “no image or song could ever undo such deep-seated discriminations,” the artist nonetheless remains committed to “going down as someone who tries, rather than someone who stays silent.” 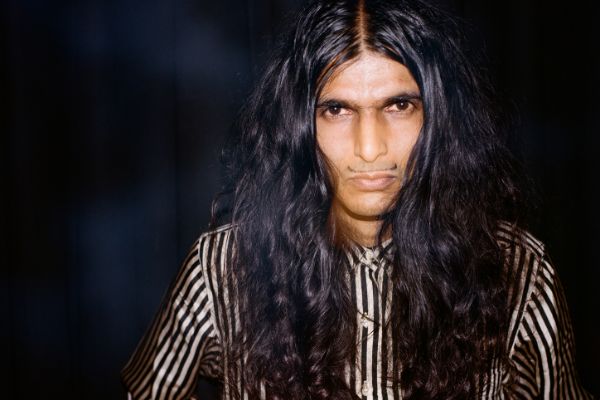 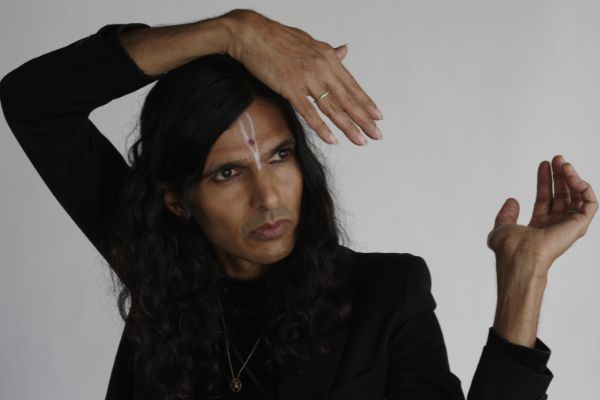