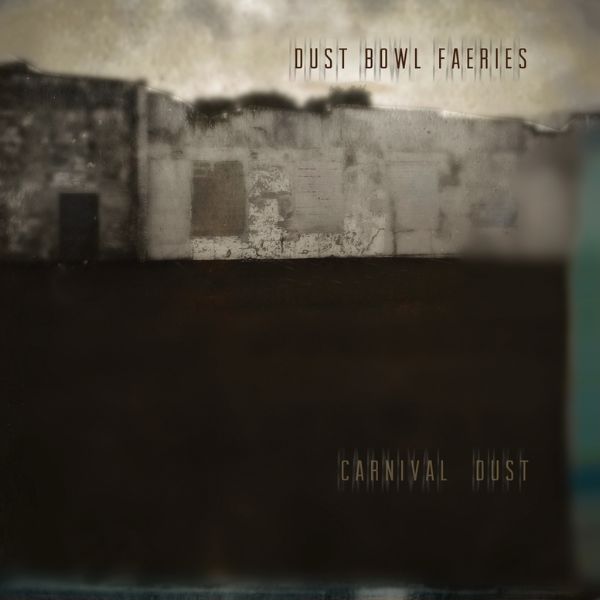 “The narrative of ‘Lost In Time’ is surreal and dreamlike and seems like an omen or a foreshadowing of something perhaps exciting, and foreboding,” says Ryder Cooley, the singer, songwriter, accordion player and bandleader for New York-based, cabaret-inspired indie rock band THE DUST  BOWL FAERIES about their new single. A mystical and nautical tale that involves a clockmaker, a girl, a taxidermy ram named “Hazel,” and an entourage of unusual characters, the motley crew are enchanted by the beckoning song of the sirens. While sounding esoteric and doomed, like all faerie tales there is a happy ending… of sorts. “The girl and her cohorts sink to the bottom of the ocean where they live happily ever after, under the sea. It’s a bittersweet end, like drowning in a pool of warm sweet teardrops,” she laughs.

Their first release since 2020’s critically acclaimed album The Plague Garden, “Lost In Time” is a slow and sinister tarantella that captures the essence of the band perfectly. Blending elements of goth, rock, cabaret, vaudeville, and folk, Dust Bowl Faeries stir up a masterful concoction that seems at once both ancient and yet very fresh and current.

An adaptation of the song “Tick Tock” by one of the band’s longtime collaborators Dennis Herbert, Dust Bowl Faeries’ version stays true to the original track while adding their whimsical instrumentation to flesh it out. “The song was recorded by Joe Ford of South Brooklyn Sound,” Ryder explained. “On the original version, Dennis plays acoustic guitar and I sing the vocals. The Dust Bowl Faeries version includes Jon B Woodin (“Rocket Faerie”) on cello, Andrew Stein (“Time Faerie”) on percussion, Rubie LaRue (“Feisty Faerie”) on lap-steel guitar and Liz Loguidice (“River Faerie”) on bass.

“‘Lost In Time’ is part of a bigger recording project, which will be released in January 2023,” she says, hinting at more music to come, which will undoubtedly excite many long time fans. Likened to a “freewheeling carnival set up on the outskirts of a small town. Dark, mysterious interludes are balanced by bright tangos and horahs, driven by uplifting backbeats” by Rock and Roll Globe and as a “carnival of beguiling delights, ready to whirl you around the dancefloor of your mind” by Audiofemme, Dust Bowl Faeries have built a formidable and lively scene around them in New York’s Hudson Valley.

“It’s very bucolic here, with plenty of haunted, witchy woodland areas if you’re into that sort of thing,” Cooley describes. “It’s a wonderful place to visit.” While the pandemic had cut the band’s performance schedule in their home area, they were able to keep their collective spirit alive. “Since some of our favorite music venues never re-opened, a lot of shows have been outdoors, sometimes even in the colder months,” she adds. “It’s funny, the DIY shows remind me of my younger underground music scene days (except now I am so much older! ahhh) so it feels like I am back to where I started in a weird way, which is a bit dizzying, like a merry go round. Ultimately, Dust Bowl Faeries are just trying to make the best of whatever comes our way since who knows what lies ahead anymore! We’re hoping to do some traveling and touring in 2023, so perhaps we will come to you, wherever you are out there. But if not, you are always welcome to come to us!”

Starting in 2015 as an all-woman trio, The Dust Bowl Faeries is committed to working with as many women musicians and artists as possible, including their collaborative filmmaker Lisa M. Thomas (Thin Edge Films) who documents and adds visual flair to the band’s unique and arresting visuals. Now a multi-gendered band, they have released two EPs (2018’s The Dark Ride Mixes and 2019’s Beloved Monster) and a self-titled debut (produced by music critic Seth Rogovoy and featuring Tommy Stinson of The Replacements and Melora Creager of Rasputina). Their 2020 album The Plague Garden was hailed by WNYC/NPR, Outburn, Instinct, mxdwn, , ReGen, Audiofemme, Philadelphia Gay News, amongst many other. 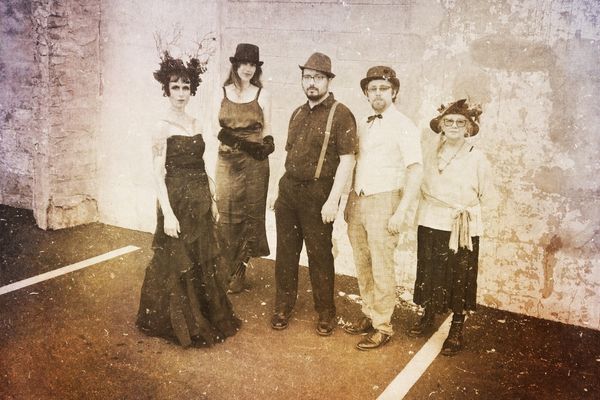 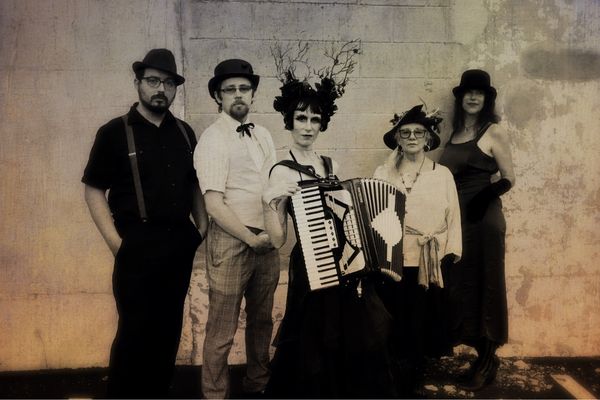