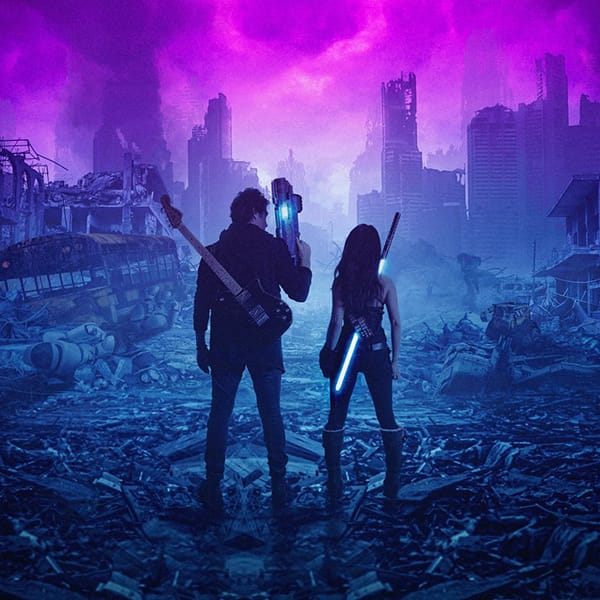 Amid the endless black of a darkened room, first one light, then another begins to flicker. A screen starts to come into focus, the slight shimmer of glass torn apart by a single message: SYSTEM REBOOT.

Emerging from stasis, Beautiful Machines are about to start their chapter. ‘Singularity’ is an album, but it’s also an experience; a continually updating project that spans music, visuals, and performance, an act of synthesis that blends technology with art, the digital with the humane. “We want to create a different type of experience,” explains Conrad, the co-pilot of this starship. On one level, it’s sparkling synth pop, in line with everyone from Giorgio Moroder to The Human League, Nine Inch Nails to Robyn. On another, it’s a total art experience, inspired by interstellar wanderings through the cosmic realms of Kraftwerk, ad Isaac Asimov. “There’s levels of philosophical questioning and insight,” muses Stef, his co-commander; “but then there’s just fun, thrill-seeking, popcorn levels of ridiculous.”

At one point, Conrad and Stef were bound to this reality, before they packed up their things and put them in storage. Taking a step into the unknown, they tossed the keys to their San Francisco flat into the garbage, and simply took off. Exploring wormholes between Europe and Asia, they touched down in Zurich for a time, before hitting London and Paris. As Stef puts it: “We’re kind of nomadic right now. Nomadic wanderers.”

Shooting across Asia on hyper-sonic bullet trains, careering across the European sky in a blade of silver, the pair were instantly connected to the internet mainframe. This is where ‘Singularity’ came into being – a work of complete immersion, a reminder of just how strange this world has become. “Sci-fi has just become non-fiction now,” Conrad observes. “It’s real life. It’s Elon Musk in a spacesuit.”

“I feel like this is where we’re going to be pretty soon,” he continues. “Art mirrors reality. These scenarios will be as commonplace as the phone in your hand right now. We’re obsessed with the future.”

‘Singularity’ both reflects and subverts our new reality. On one level it’s a deadly serious gesamtkunstwerk – the German word for ‘total art’, a truly multi-disciplinary experience that moves from expertly tailored live shows to dazzling visuals that cross-reference JG Ballard’s hyper-anxious visions of the future with the immersion of Netflix anthology Love, Death and Robots. Yet it’s also pure enjoyment – the sound of two spirits in line with one another. As Stef puts it: “We want to keep ourselves outside our comfort zone.” 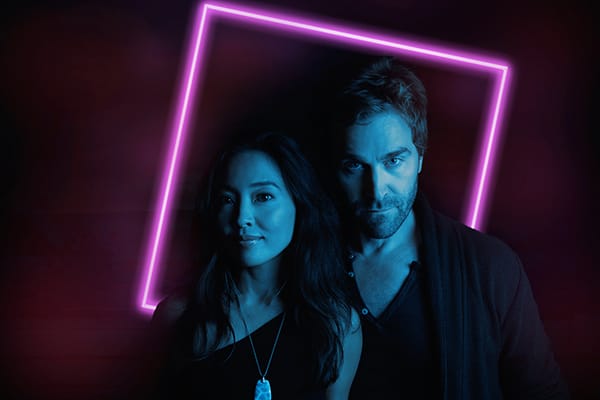 Nothing less than a “complete reboot” of what Beautiful Machines stands for, this is a fresh slate. It’s a system wipe, the change to write new code, and explore the universe from a difference angle. “We’re approaching this like conceptual art,” Conrad insists. “So we had to go away and study! The music went through a huge evolution, which includes a new team – collaborators, producers, technologists, coders… they were all needed to build this weird world of things.”

For Beautiful Machines, the bar for their creativity was set at a stratospherically high level. For Conrad, each idea had to be executed at warp speed, with previously unobtainable limits brought into reach: “Every song has to be extremely high quality – like, Audiophile levels of sound.”

16 tracks of daring electronic composition that could soundtrack ramshackle neon bars in alien lands, ‘Singular’ offers different aspects of a probable future. Reaching into the past – new single ‘Control’ was prompted by Fritz Lang’s masterpiece Metropolis, for example – they also want their songwriting to rank alongside grand, majestic experiences. Moving from dark, paranoid dystopia through to euphoric optimism, Beautiful Machines want to assimilate new voices, to allow their wiring to be reconstituted amid the perspectives of other beings. “We want to be responsive, and adaptive,” says Stef. Conrad picks up on this: “This isn’t the end point of the journey – it’s the start. ‘Singularity’ will be ongoing – it’ll evolve, and be revised… which is time travel in and of itself.”

Both timeless and utterly of the moment, ‘Singularity’ seems to fold back on itself, like an impossible object materialising right in front of your eyes. In a way, the pandemic offered a reboot for a great many people – a system clean, a chance to start again. Pushing the trauma of the past behind us, the future is our only option – and Beautiful Machines could be our only hope.

‘Singularity’ is a rupture in space-time, and what will emerge we can only guess at. It’s up to Beautiful Machines to pilot us through it, and the journey has scarcely begun. Signing off, Stef notes: “It’s the experiences that we really want people to remember.”

As her words fade, the air seemed to tingle, and audibly shake. A strange white light – almost unbearably pure – smothers you, blasting every detail from your eyes. When it fades, there’s a small disc on the floor, a gleaming object that shimmers in the light. ‘Singularity’ has begun.