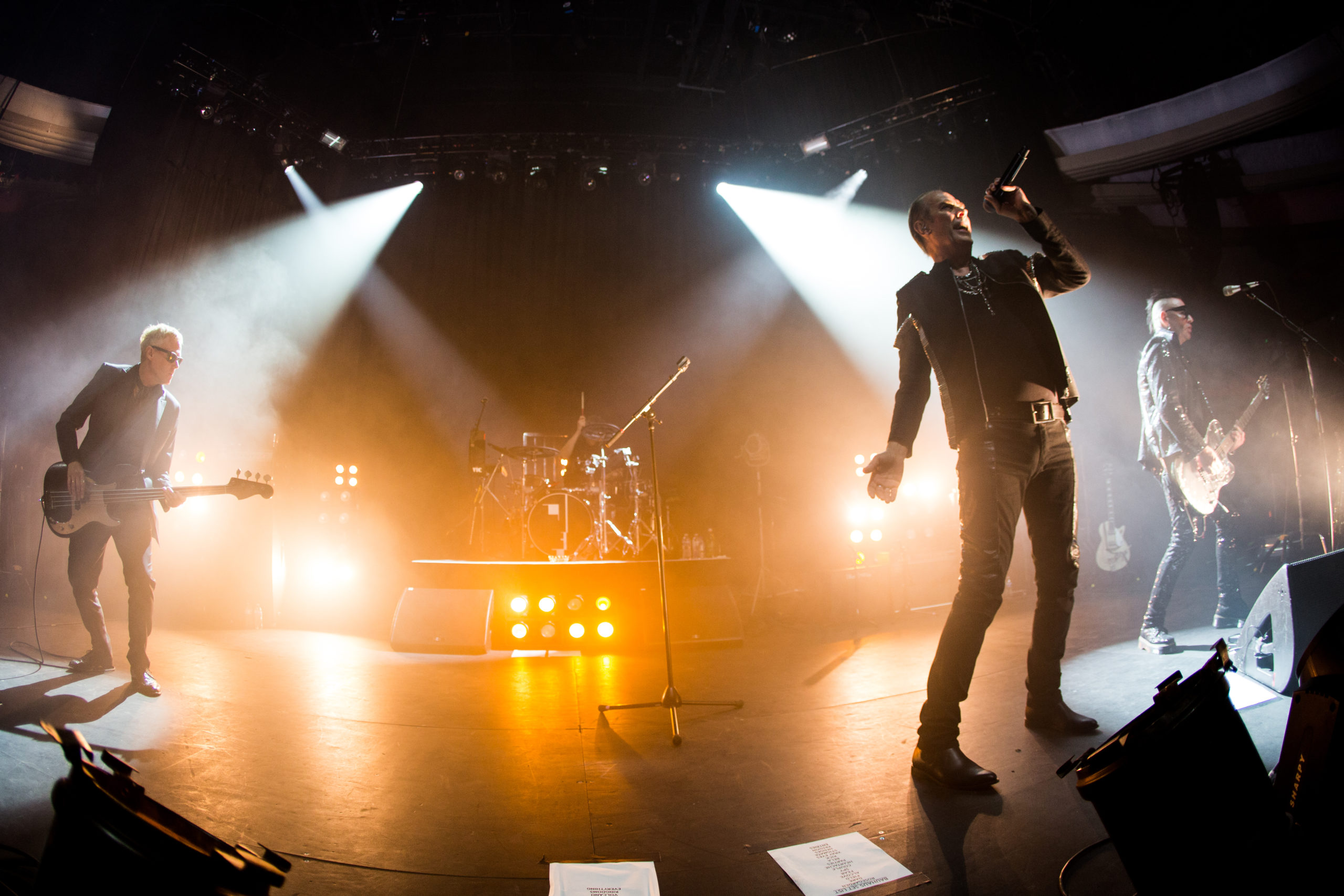 What the press has said about their recent live shows:

“Unlike most bands of their vintage, Bauhaus have retained a thrillingly raw, visceral, experimental edge. While Murphy’s still-powerful voice careened between strangulated croak and feral howl on high-drama songs such as In the Flat Field and The Passion of Lovers, Daniel Ash’s guitar was all jagged scrapes, disruptive shudders and coffin-lid creaks. One of the band’s biggest hits, She’s in Parties, opened out into an enjoyably rambling avant-rock instrumental… Bauhaus put the disco into discordant.” – The Times (UK)

“Anticipation was electric for their return — a line stretched around the block before doors, a queue that only rivaled that to the merch table — and fans came out dressed to the nines. The band did not disappoint.” – BROOKLYN VEGAN

“Those who expected to see an iconic band were not disappointed…  it was clear that Bauhaus were back with a vengeance.” – BUZZBANDS.LA

“… as marvelous as ever.” – LOS ANGELES DAILY NEWS