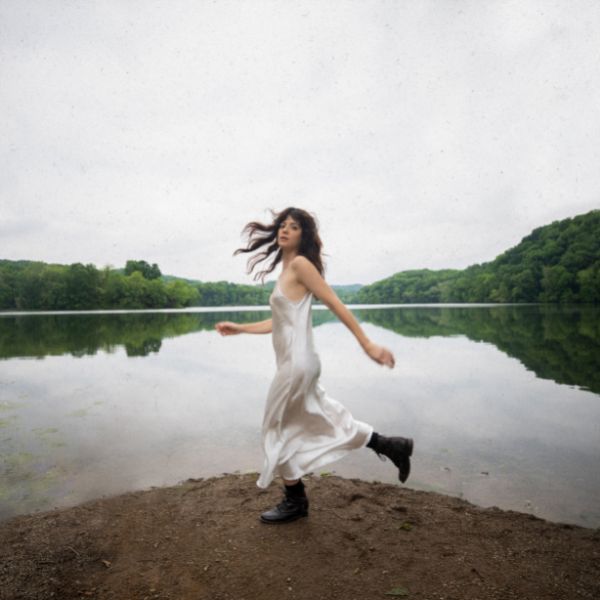 Growing up in Los Angeles, Blue took solace in words, turning to poetry and reading during hard times. “Writing is my favorite thing to do on this earth,” she says, noting her particular admiration for authors like Jack Kerouac and Joan Didion, as well as songwriter/poets like Bob Dylan, Joni Mitchell and Leonard Cohen.

However, Blue was also heavily into jazz, and initially aspired to be a soul singer when she first turned to music. Her first music mentor was the late Malcolm Clark Hayes, Jr., who had recorded for Liberty Records and toured with Little Richard in his youth. Using a wheelchair from a stroke years earlier, she had become Hayes’ caretaker as a post-college job, but used the opportunity to soak up the pearls of wisdom he had amassed over the decades. “I spent about three years learning about music from him,” Blue says. “I learned reverence for musical authorities, in terms of artistry, and who I should listen to. He would say things like, ‘If you want to be the best, you have to listen to the best.'”

Her time spent with Hayes also helped her figure out her own musical strengths—”I initially thought I wanted to be a soul singer, but realized quickly that I just made more sense as a poet and folk singer,” she says. All of this steered her toward her current name. After hearing her sing for the first time, Hayes asked, “What makes you so sad?”—and she soon became Alicia Blue.

Crucially, Malcolm also introduced her to another formative influence: a guitarist/singer from Thailand named Nong. Blue first saw her perform at a restaurant in Thai Town singing and finger-picking James Taylor, Carole King and Beatles songs on acoustic guitar. The pair quickly struck up a friendship and student-teacher relationship, with Blue spending an intense year studying guitar with Nong and even singing with her at the Thai restaurant.

Over time, Blue had amassed many of her own songs, most of which had a modern folk feel to them. Releasing her debut EP in 2019, her song “Magma” was chosen by Starbucks for in-store international play. Her first full length followed early in 2020, just at the start of the pandemic. Still, there was always this desire to push the music further. “I had all these songs written, and they were mostly folk songs,” Blue says. “I was finger-picking and light-strumming on a guitar. But I knew they were big songs—the music just didn’t match it yet. I wanted to take the songs to a more universal level, with a bigger sound. I knew that the lyrics deserved it and I was working to push them there.”

Luckily, she found a perfect creative foil in the Nashville-based songwriter and producer Lincoln Parish, originally of the band Cage the Elephant. Parish helped to provide a solid musical foundation for her songs—including some new guitar progressions, textures and riffs—so she could focus on doing her best, most creative writing work to date. “I describe it as someone is coloring inside the lines, so you can know how to go outside them,” she says. “That’s what Lincoln’s support did for me. I really thrive with structure. I can go out and be the singular storyteller I am, because I’m completely anchored with this solid musical bedrock underneath me.”

Their first collaboration together, ”Picasso Blue,” especially benefitted from Parish’s insights. Originally a folk-poem song, it blossomed into a dense, melodic, indie-rock track with a soaring chorus, chiming guitars and driving percussion. “What happened to it is mind-blowing to me,” she says. “It became this song that feels big and powerful, just like the words intended.” Parish also gave Blue invaluable perspective, suggesting the lyrics she had intended for the verse actually worked better as the chorus: “I don’t want to live in Picasso’s blue anymore.”

As that lyric demonstrates, Inner Child Work finds Blue grappling with some long-overdue emotional reckonings. “I didn’t grow up with any faith or trust in what you might call self-help or anything like that,” she says. “I got my first therapist a few years ago and realized there were things holding me back from doing what I wanted with my life. Things like anxiety, depression—I just had no language to describe them previously, so there was no way to deal with their existence.”

Recording in Nashville also gave Blue perspective on her life in Los Angeles. Having been born and raised there, and never having left the city, not even for college, she began to see in hindsight how much personal turmoil she had navigated through her years there. “Every time I write a song, it’s deeply connected to some chaos that was never figured out,” Blue says. “Best Hands” is about the frustration of being stuck in unhealthy habits and patterns, while “DTMTS (Don’t Tell Me To Smile)” states in no uncertain terms the narrator’s frustration with being told she’d look prettier and/or happier if she’d just smile. The album’s first single, “Dog Days in L.A.,” meanwhile, is about her realization of how much she didn’t have her life in California figured out. “Each song on Inner Child Work is really just about the difficulty of navigating this life and not having all the proper tools to live it in the most successful way,” Blue says. “And by successful, I mean the most healthy way. I like to think that getting this all out helps me in some way.”

There are moments on Inner Child Work that focus on more immediate, pressing matters. “Saline Waters” is about facing mortality and is like a “more dark and aggressive take on Joni Mitchell’s’ ‘Circle Game,'” Blue says. While the haunting, gothic-folk standout “Young,” co-written with John Paul White of Civil Wars fame, represents her ambition and drive. “‘Young’ is about growing up in the suburbs, yearning for more self-awareness, and being so hungry and thirsty for control over my destiny,” Blue says. “Being in control of your destiny is the emotional fuel for why I’ve been able to do anything creative in my life up to this point.”

Inner Child Work is indeed just the beginning for Alicia Blue, as it’s an album that finds her examining who she was—and setting her sights on where she wants to be. “This album and my existence as an artist come from a need to connect and develop relationships—yet simultaneously I’ve always felt like this lone candle in a dark room,” Blue says. “My artistry and the album have this wildness to them. But I can also feel this softening happening. Inner Child Work is caught right at the point of in-between, which I would call healing.” 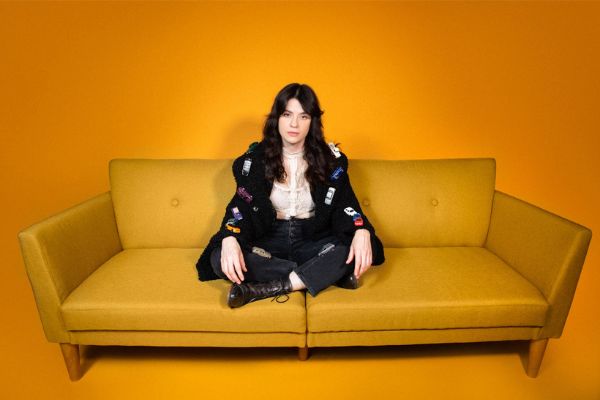