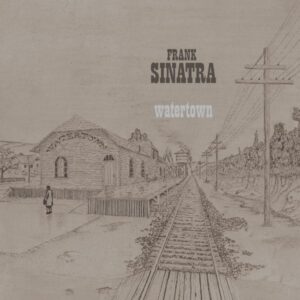 April 8, 2022 – The legacy of Frank Sinatra – one of the world’s most enduring singers – includes a studio album no one anticipated: Watertown. Recorded in 1969 and released in 1970, the concept of Watertown unfolds as a personal tragedy about a working man with children whose wife suddenly leaves him. Sinatra’s performance elicits sadness, defeat and forlornness. Ultimately, as Sinatra so wonderfully expresses, it’s also a story about one man’s resilience.

On June 3, Frank Sinatra Enterprises and UMe present Watertown, newly mixed and remastered from the original Reprise session tapes resulting in superior sound quality. The original album sequence will be available on vinyl, while the CD and digital editions will feature eight bonus tracks, including alternate takes from the recording sessions, two radio ads and “Lady Day,” which was not part of the Watertown concept. Charles Pignone produced the updated edition from the new mixes created by longtime Sinatra engineer Larry Walsh – the team behind recent FSE/UMe releases Sings for Only the Lonely and Nice ‘N’ Easy. 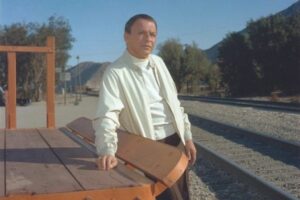 Now appreciated as a masterpiece of drama and heartbreak, Watertown will also feature, in addition to a recreation of the original packaging, new liner notes, a track-by-track breakdown from songwriter and album producer Bob Gaudio, quotes from Sinatra, plus essays by Frankie Valli, co-writer Jake Holmes, among others who were involved in the original project. All three formats – Watertown [LP] and Watertown: Deluxe Edition [CD + Digital] – are available for preorder here https://sinatra.lnk.to/WatertownPR. Siriusly Sinatra (SiriusXM Ch. 71) will air an exclusive Watertown special in May.

Upon Watertown’s release, fans and critics alike simply weren’t prepared for such a radical stylistic departure from Sinatra. But the album has shown resilience: Despite the initial lukewarm response, in the decades since the album has had a re-evaluation and, in 2007, The Guardian declared Watertown “one of [Sinatra’s] greatest masterpieces” and in 2015, The Observer noted that “it made some sense that Sinatra would attempt a story-driven concept album, considering he had helped pioneer the thematic concept LP in the 1950s. But on Watertown, Sinatra did something truly risky: he told an entire album-length story from the point of view of [a] character that is most definitely not Frank Sinatra.” Gaudio’s essay explains that Sinatra, with a level of empathy only he could achieve, was “reaching down into a man’s soul and feeling his pain and still finding hope.”

Side 2
FRANK SINATRA — WATERTOWN: EXPANDED EDITION [CD/DIGITAL]
*Bonus Tracks
About Frank Sinatra
Throughout his seven-decade career, Frank Sinatra performed on more than 1,400 recordings and was awarded 31 gold, nine platinum, three double platinum, and one triple platinum album by the Recording Industry Association of America. The three-time Oscar® winner also appeared in more than 60 films and produced eight motion pictures.Sinatra was awarded Lifetime Achievement Awards from The Recording Academy, The Screen Actors Guild and the National Association for the Advancement of Colored People (NAACP), as well as the Kennedy Center Honors, the Presidential Medal of Freedom and the Congressional Gold Medal.Frank Sinatra demonstrated a remarkable ability to appeal to every generation and continues to do so; his artistry still influences many of today’s music superstars. He remains a legend and an inspiration around the world for his contributions to culture and the arts.For more information about Frank Sinatra, visit sinatra.com.
all news
share
join the list